Ever heard of a crack in the heart?

I’d been wanting a new mobile phone for over 2 years - a ‘Smartphone’ what they call, to replace my Nokia N72 which was literally ageing in my hands. Which one, depended on various factors like the utility, the brand, the price, the looks, the features and all that. Each salesman outsold the other on their favourite or recommended brand / model that only did me more confused.

The main purpose - apart from making/receiving calls of course, was to be able to access my mails, review creatives and give my feedback and such else, on the move. After several rounds of web search, much deliberation – between iPhone, Blackberry, Samsung SIII/SII…

I settled on a Samsung Galaxy Note (though the price pinched my heart and burnt a hole in my pocket – it was time I had one or so I consoled myself!), because I thought it was like a small tab-cum-big mobile so I didn’t have to carry 2 devices but enjoy the benefits of both! 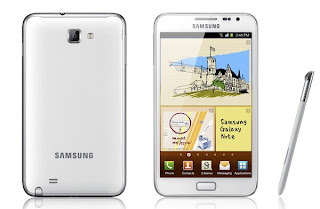 I was excited like a little girl holding on to cotton candy or a bunch of balloons. Exploring the magic of touch, the speed of internet, angry birds and all those fun android games and apps, mobile TV, driving directions with voice, clarity of photos shot, da da da…and hours whizzed by like seconds. That was less than a month ago.

Yesterday, I wish it was just a nightmare…something dreadful happened! I was working at my desk. The headphone was plugged to my Note. Some visitor walked in. I got up to join him. Just remembered I’d left my phone behind. Got hold of the phone. Felt a bit of a tug on the other side. Headphone cord was stuck somewhere. Before I could do anything else, the Note was out of its Flip Cover and face down on the Desk. The N72 had seen worse falls, from greater heights, so I casually picked it up and tried to tap it to life. And what do I see?

My head went numb. I was just gaping at the Note for what seemed like eternity. Took me a while to get to my senses. A quarter of the screen was lit with a cacophony of colours, the rest of the screen was blank. My heart was in my mouth. I switched off the Note, removed the battery, turned it around, put it back in and tried to revive it back to life (save the mouth-to-mouth resuscitation!). The same irregular quarter of screen with a magenta-blue mix of colours / pixels. I thought I would faint. I wanted to cry but I couldn’t. The world around me seemed to be spinning.

Then I noticed the crack (2 actually on the LCD screen, oh no, not the screen, maybe it was the touch panel. I felt the crack in my heart.
15 comments:
Email ThisBlogThis!Share to TwitterShare to FacebookShare to Pinterest
This post is about: cracked screen, mobile phone, Samsung Galaxy Note, smartphones
Newer Posts Older Posts Home
Subscribe to: Posts (Atom)