The road trip to Goa

Bag, baggage, kids and all. Along with a friend and family. With foot on the pedal, we braced ourselves for the road trip from Cochin to Goa via Mangalore (a distance of a little over 770 kms). An arduously long drive - what with bad roads and heavy traffic, the excitement that’s Goa kept us going. And thanks to GPS navigation we didn’t have to stop by to ask for directions. 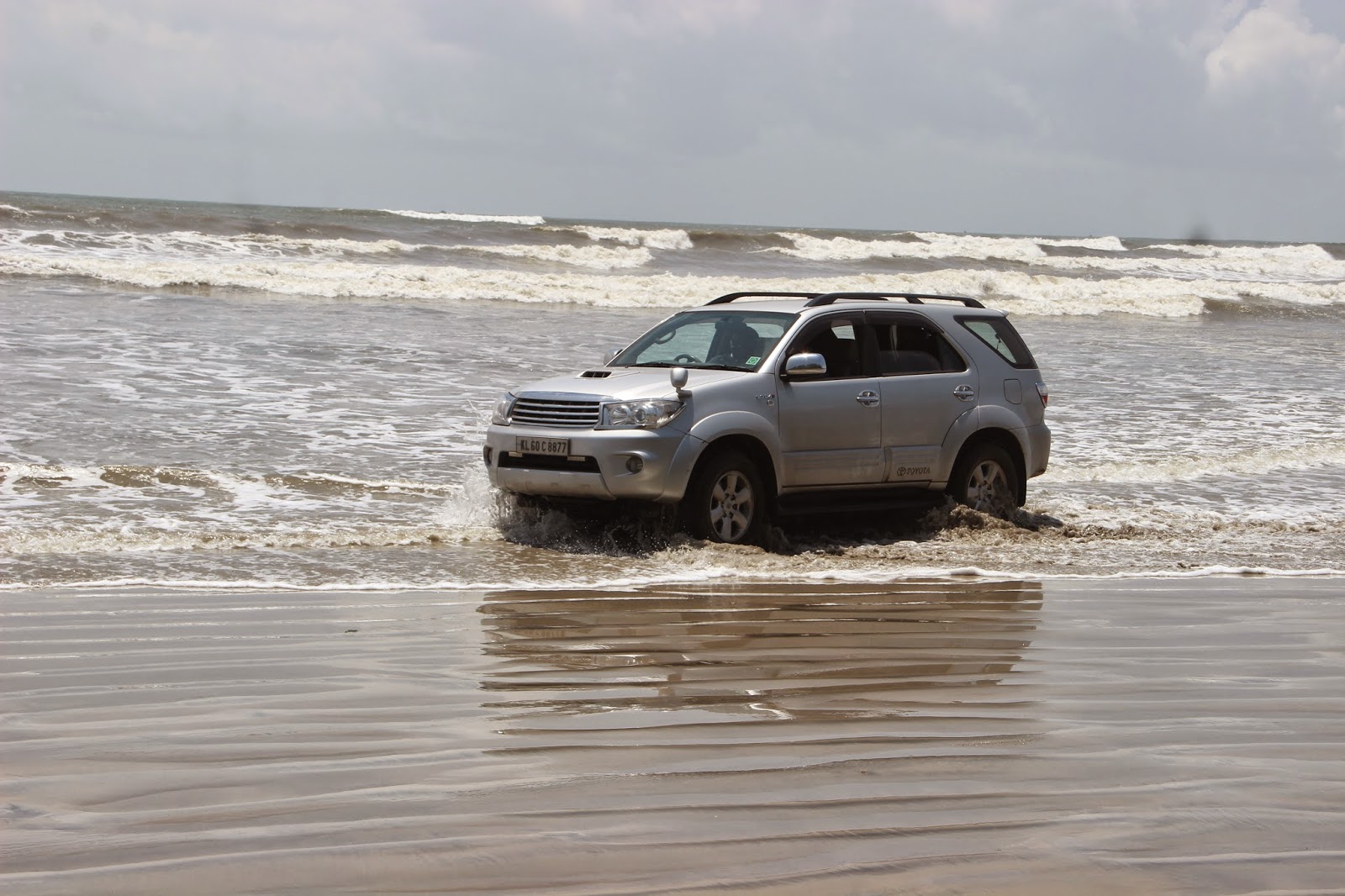 Enroute, somewhere between Kannur and Thalassery, we took a small deviation to Muzhappilangad Beach (parallel to National Highway 66), supposedly Asia’s largest drive-in beach (4  kms). The drive through the beach waves was an experience in itself, and the little seagulls taking flight from the beach sand was indeed a sight to cherish. The ride along the coast offered us some picturesque views of backwaters & beaches lined with coconut palms, a feast for the eyes.

Then a quick stopover at Mahe (UT of Pondicherry) to quench the thirst with some breezers, we continued the journey to Mangalore. We halted the night at Mangalore Club, which sits cosily on the coast of the Nethravati river. After some fine dining, we hit the bed and next morning, were up and about to capture the beautiful views from our room. By 10 am, we were all ready for the onward journey to Goa.

There was just no stopping us...not even the hunger pangs, because we wanted to get to Goa as fast as possible. But we had a rude shock of a seemingly endless stretch of bad roads, an apology for a National Highway - in Bhatkal, Karnataka. We wanted to stop by the coastal city of Karwar, Karnataka for their famed fresh fish fry, but the bad road experience forced us to skip Karwar in favour of getting to Goa at least by sundown. 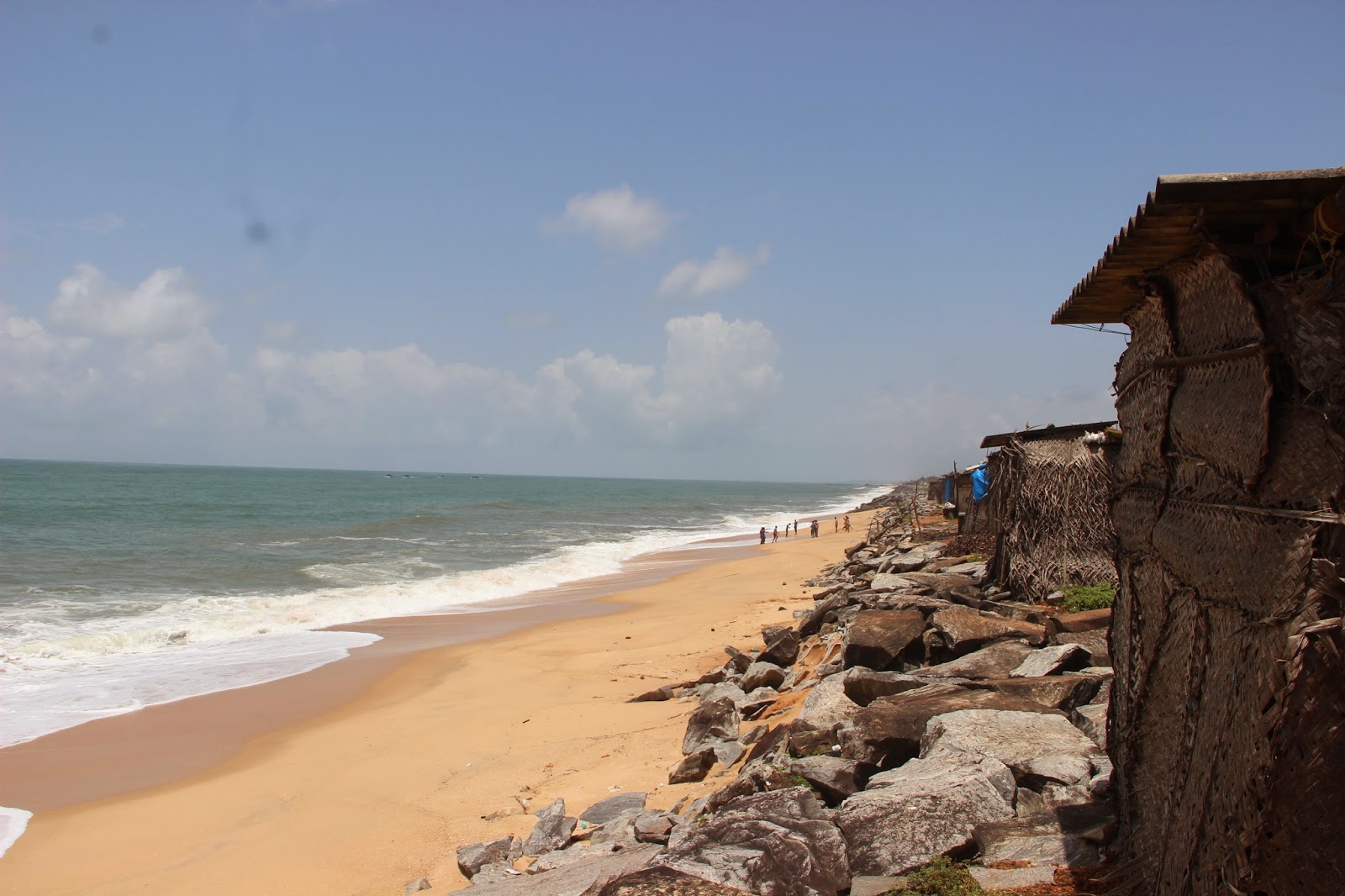 A brief halt at Maravanthe Beach in Karnataka made for a refreshing break. The beach right off NH66 was just too beautiful to miss! A few photo-ops later, we resumed the journey and stopped over for a late lunch in a Dhaba somewhere in the outskirts of Goa. The roads from there were pretty good, and the greenery on both sides of the winding roads is something that will stay fresh in our memories for a long time to come.

We checked-in at the Club Mahindra’s Emerald Palms at Varca, Goa by around 7 pm. Had a quick shower and went to explore the neighbourhood. Being offseason, we discovered that most of the eateries closed early, and we dined at the only other place that was open, which was close to our resort. The resort in itself is a beautiful property spread over 4 acres, which kept us busy till it was time to hit the bed. 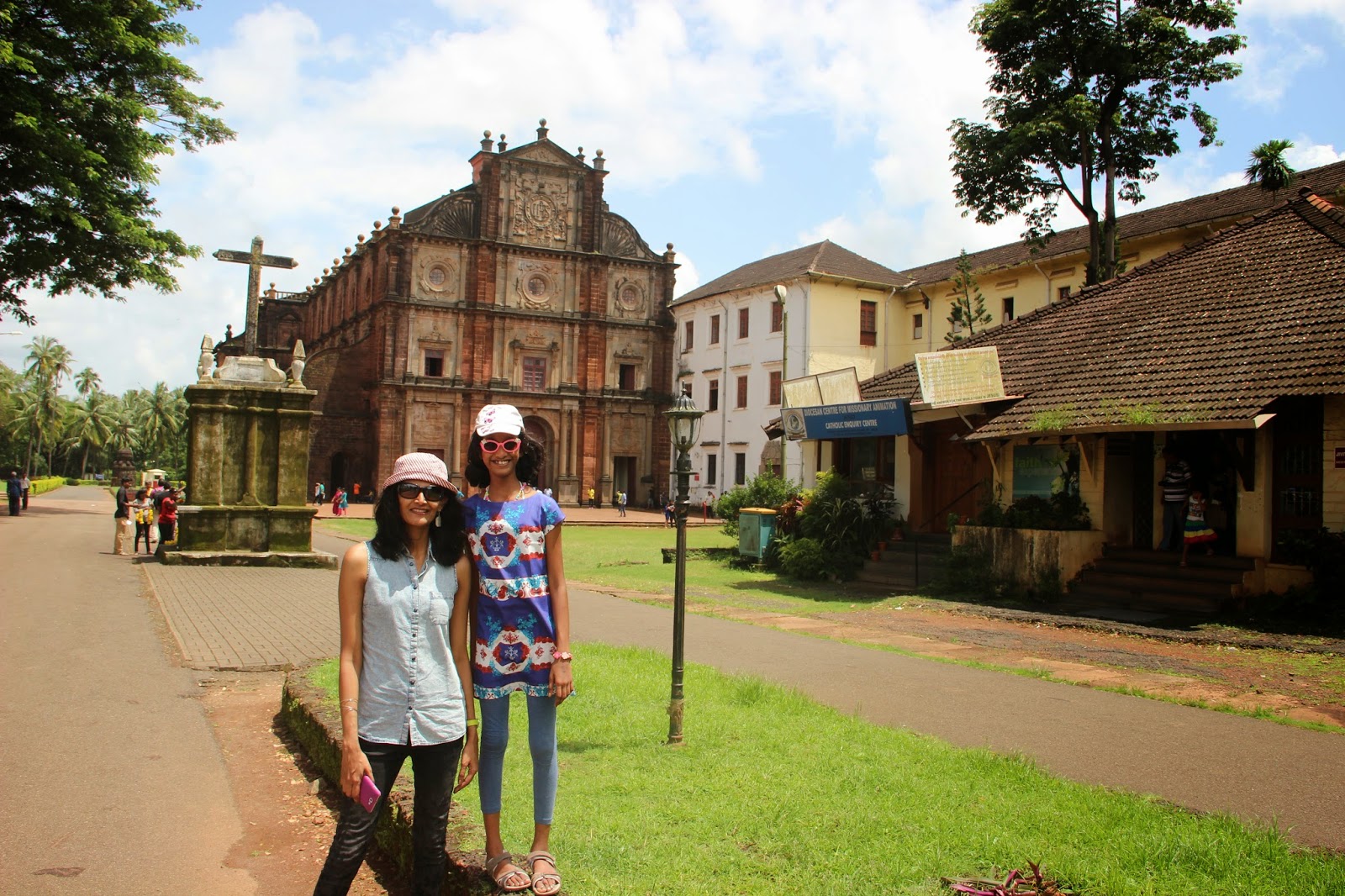 Early next morning, after a quick breakfast, we headed out to our first destination in Goa – Basilica of Bom Jesus in Old Goa – A UNESCO World Heritage Site. A fine example of baroque architecture, its construction dates back to the year 1594. The mortal remains of St. Francis Xavier is held in a silver casket on top of the mausoleum and is kept for public viewing every 10 years to commemorate his death anniversary. The Se Cathedral, which is within the vicinity of the Bom Jesus Basilica, is believed to be one of the largest churches in Asia and the oldest in Goa, and it houses a large bell referred to as the Golden Bell. 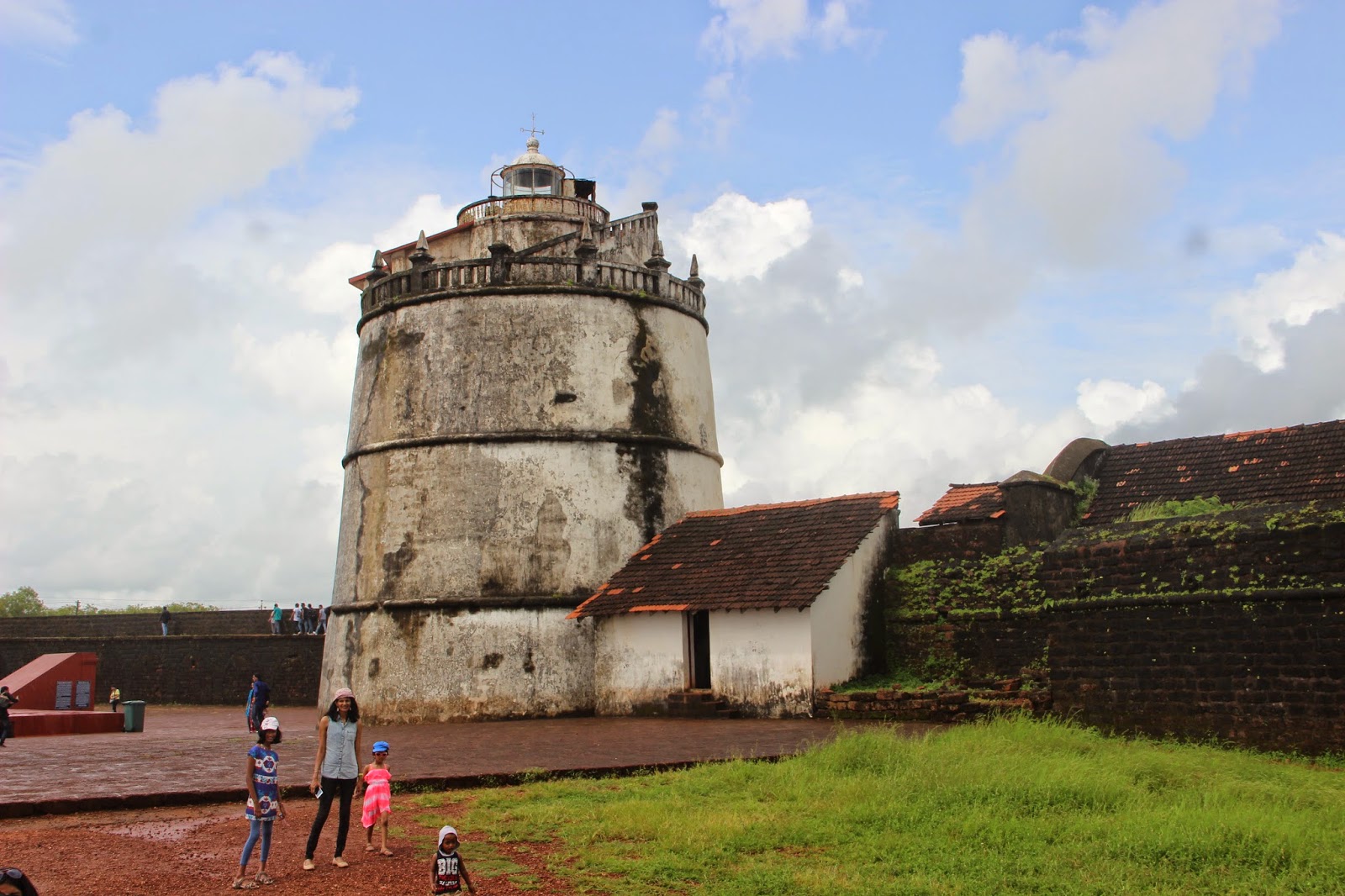 After the great start with the Churches, we made our way to Fort Aguada and Lighthouse, which stands mighty on the Sinquerim Beach on the mouth of the Mandovi river. Built by the Dutch in 1613 to guard against the Marathas, it was once the grandstand of 79 cannons, and has the capacity of storing 2,376,000 gallons of water, one of the biggest freshwater storages of the time in whole of Asia. Crews of passing ships would stop by to replenish their fresh water stores, and that’s how it got its name Aguada, meaning Water. A four-storey Portuguese lighthouse stands over the Fort, the oldest of its kind in Asia, erected in 1864. 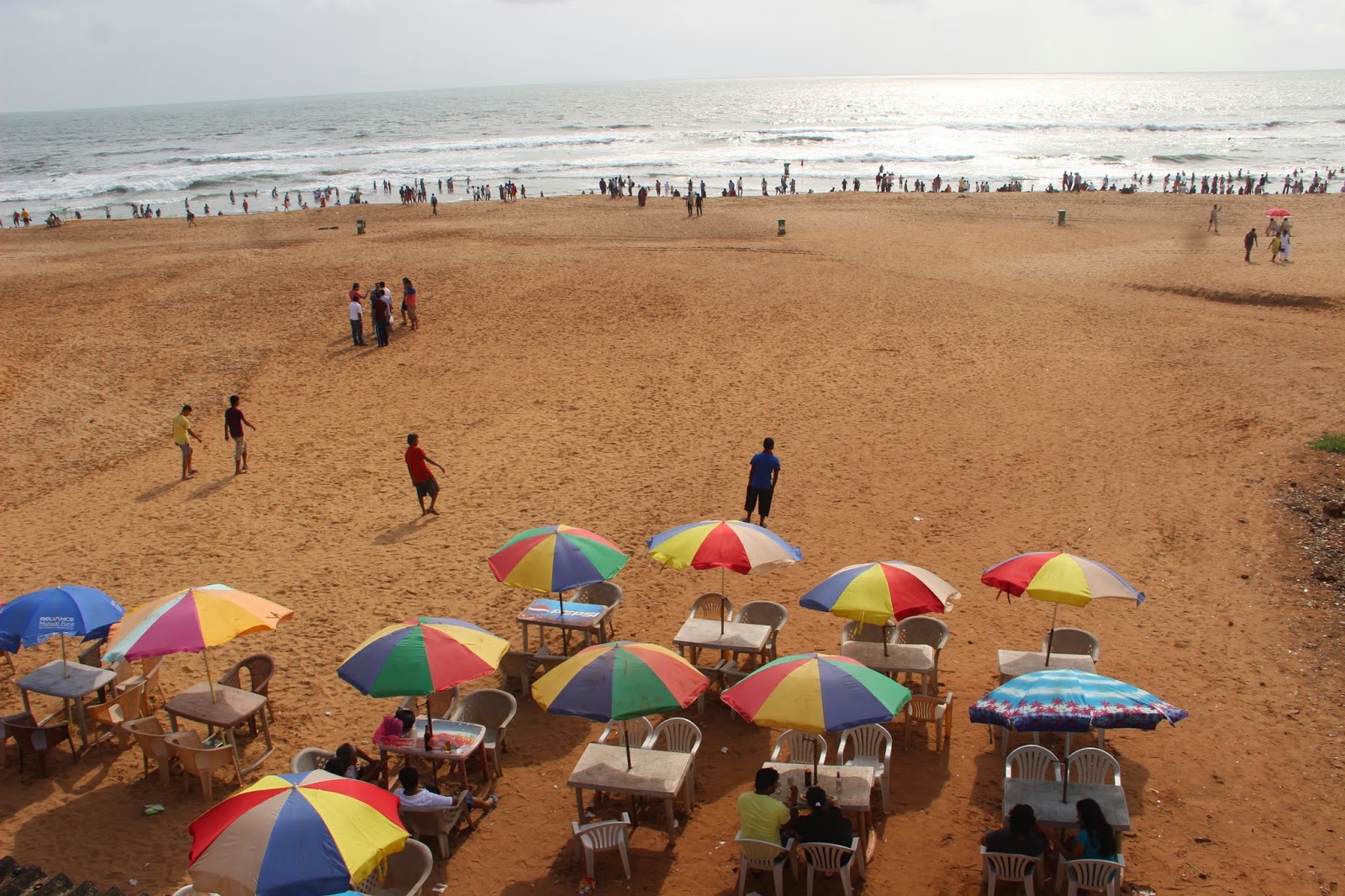 And what’s Goa without its beaches! Calangute Beach in North Goa, popular with tourists & locals. The Sun & Sand restaurant by the beach was the ideal perch to enjoy the breathtaking views that the sun, sand and endless seas offered, along with the delicious fare of seafood and steamed rice, and of course some chilled beer to wash it down. Then we walked down the beach and let the waves kiss our feet, as the kids made sand castles. At sunset, we chewed onto some roasted corn, and then made our way back to the resort. After a shower, set out again for a courtesy visit and dinner at my husband’s cousin’s place, who have their factory (manufacturing of grabs for the shipping industry) and office in Goa. 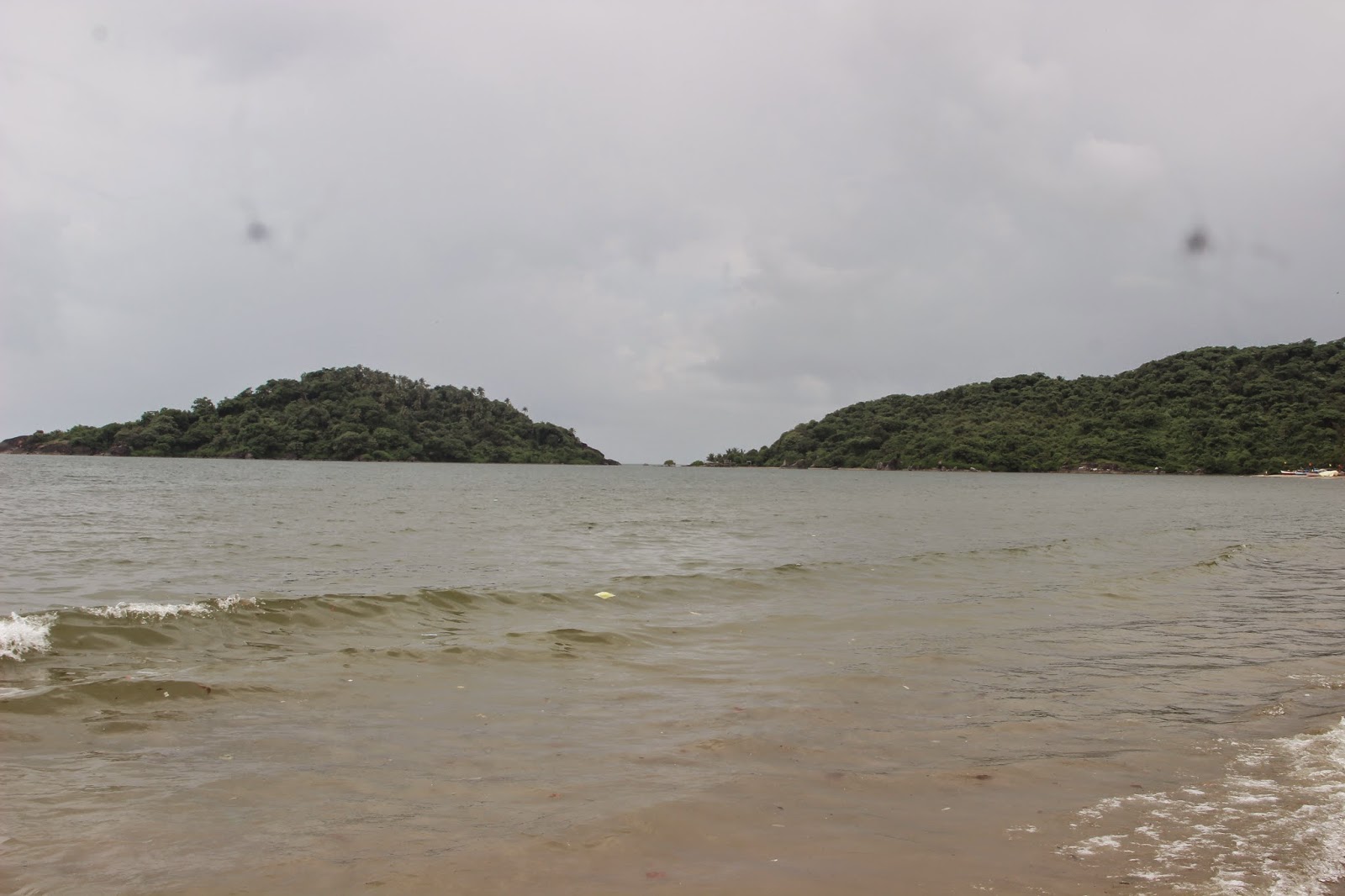 The next morning, we headed to Palolem Beach in South Goa. Apparently, this was the beach that featured as the Goan residence of Jason Bourne (Matt Damon) in the film The Bourne Supremacy. Primarily inhabited by the local fishermen, the beach was a bit of a disappointment because the waters were muddy and polluted (it is supposed to be one of the most beautiful beaches!), mostly deserted (being offseason) except for a few foreign tourists who stayed in the shacks lining the beach! 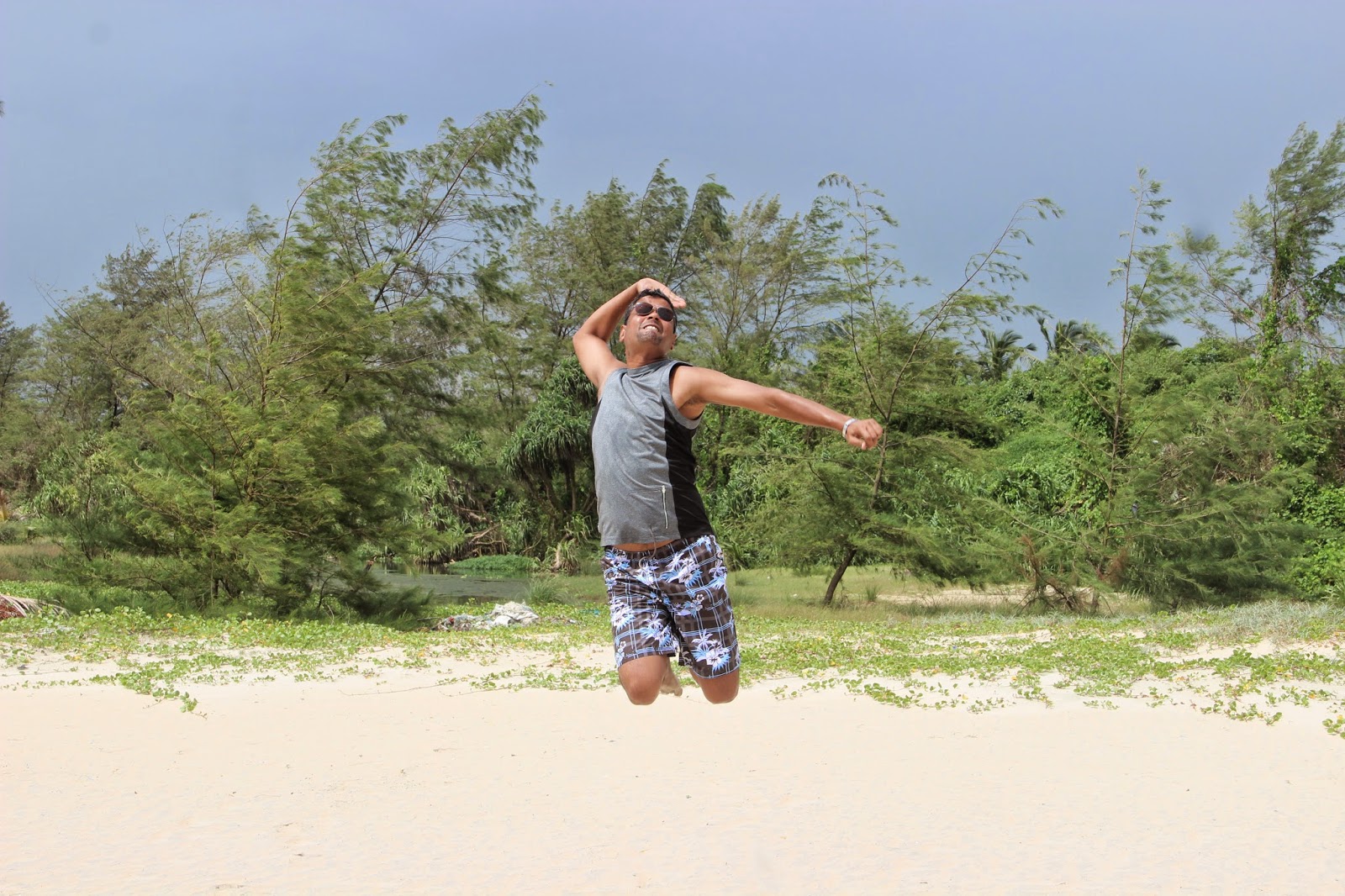 We took a quick dip, and then made our way to the Varca Beach, from Club Mahindra’s luxurious resort sprawled across 14 acres, which is connected to the beach with a foot-over-water bridge. The fine white sand was pure pleasure under the feet. And the panoramic sights around made for an unforgettable experience. The swimming pools at the resort let us chill out under the blazing sun.

Evening, we headed out to Margao city to explore a bit of the town. After a bit of shopping for local delicacies like Bebinca (a traditional Goan multi-layered dessert/pudding) and of course the Cashew Feni, we went to Martins, the famed restaurant, for a fabulous dinner. Their unique bacon and eggs dessert was the icing on the cake, the kids loved it!

Phew...like all journeys, this too must end. Early next morning, we checked out of the hotel and hit the road, non-stop, except for a short stop at Thalassery, Kerala for lunch (yeah, their Biryani & Fish meals are awesome) and made it back to Cochin in less than 14 hours! Now all that remains, are the wonderful memories of the short but sweet vacation and the hundreds of photos that help capture these memories for longer...